Scientists have developed a wristwatch-like strap that sends pulses of electrical current to reduce tics for people with Tourette’s Syndrome (TS).

UK scientists say their new contraption increases the strength of brain-oscillations that would usually be reduced in strength to generate a movement.

The strap gives new hope to people living with the condition through a safe and effective treatment for motor and vocal tics with no side effects.

Scientists are now hoping to develop the technology into a marketable wearable, much like a Fitbit or Apple Watch, for everyday wear.

While there’s no cure for TS, treatment can help manage the predominant symptoms of involuntary movement and vocalisations.

Study participant Charlie Barnett, who has had Tourette’s for three years, wanted to ‘cry with happiness’ after his tics all but disappeared while using the strap. 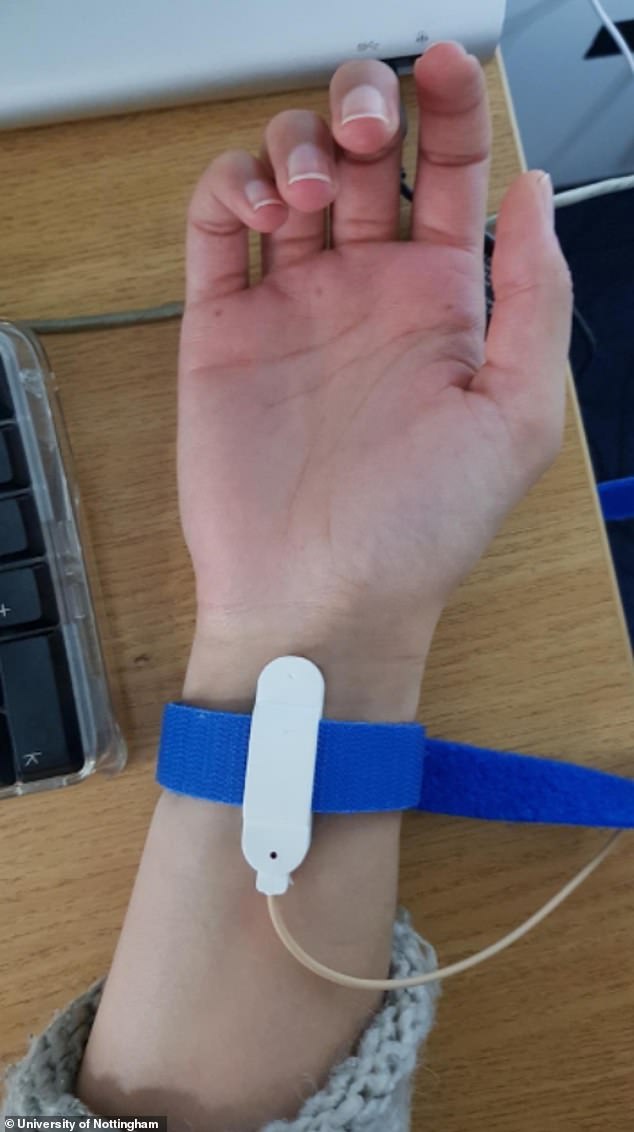 The strap was found to substantially reduce tic frequency and tic intensity, and the urge-to-tic, in individuals with TS

Charlie was one of the participants in trials of the technology, which was developed at the University of Nottingham.

‘When the electrical pulse on the wrist started to increase, the tic urges decreased, which was a completely shocking experience for me. I was silent and still.

‘At the first session of the stimulation, I felt as if finally a new treatment may have been found to free myself from my Tourette’s and wanted to cry with happiness.

‘For a further three sessions I noticed the same result – also the stimulation did decrease my tics at home.

READ  The coronavirus challenge: how not to not touch your face

‘This breakthrough could change individual’s mental stability in life and confidence, which is vital as Tourette’s Syndrome can destroy your life a tic at time.’

TS is a neuro-developmental disorder that is usually diagnosed between the ages of eight and 12.

People with TS make repetitive involuntary sounds and movements called tics which occur in bouts, typically many times in a single day.

These tics are caused by changes in chemical signals in the brain and often come after a strong urge to tic, known as a premonitory urge (PU). 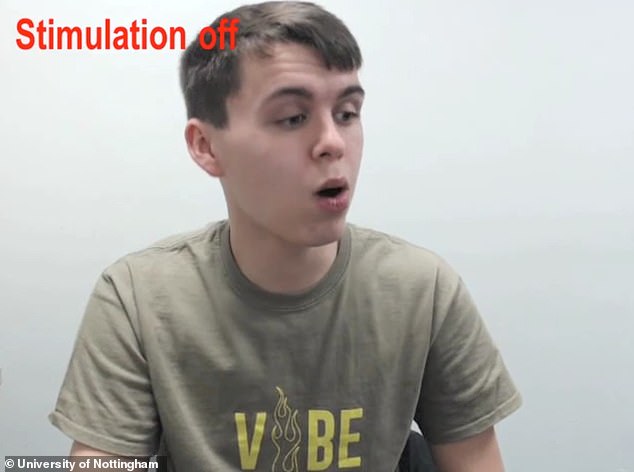 19 people with TS took part in the trials of the strap, including 21 year-old Charlie, from Lincolnshire, who is pictured before the technology was activated 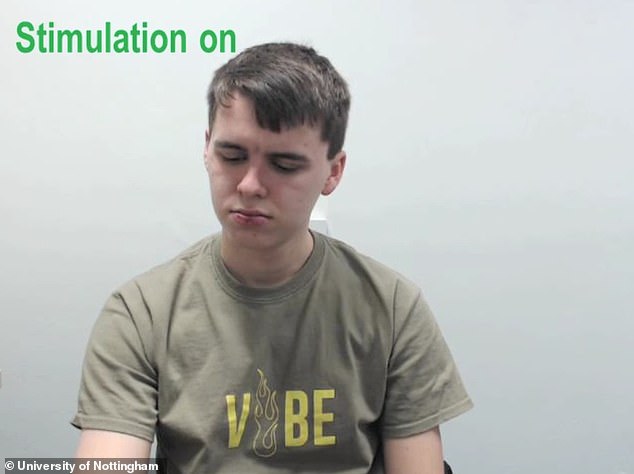 When the electrical pules on the wrist were turned on, Charlie’s tic urges decreased and he sat silent and still

‘We understand that the tics are caused by alterations in chemical signals within brain networks linked to the formation of habits and the initiation of habitual movements,’ said Professor Stephen Jackson, leader of the research project.

‘These changes lead to hyper-excitability in the brain regions involved in generating movements.’

In the experiments, Professor Jackson used repetitive and rhythmic ‘trains’ of stimulation to the median nerve in the wrist, which has been described as the ‘eye of the hand’.

These stimulating electrical currents increase the strength of electrical brain activity, known as brain oscillations, which are associated with the suppression of movements.

Brain oscillations must ordinarily be reduced in strength to generate a movement.

By increasing the strength of the oscillations, the team therefore managed to substantially reduce the frequency and intensity of tics as well as the urge to tic.

In trials, 19 people with Tourette’s took part to experiment the effectiveness of the system.

In all cases the stimulation reduced the tics, and also the urge-to-tic, and had the most significant effect on those individuals with the most severe tics.

‘The results of this study were quite remarkable, especially in those people with the most severe tics, and showed that this type of stimulation has real potential as a treatment aid for Tourette’s,’ said study lead author Barbara Morera Maiquez, from the University of Nottingham.

The research team told MailOnline it has been funded to develop a wristwatch-type device to trial in patients with TS, although this work has been put on hold by the coronavirus pandemic.

‘Our aim is to develop a wearable “watch-like” MNS stimulator that looks like an Apple watch or Fitbit and can be used by the individual outside of the clinic as and when they need to control their tics,’ said Morera Maiquez.

Suzanne Dobson, chief executive of Tourettes Action, said the treatment could change the lives of thousands of people living with TS.

‘There is no pharmaceutical treatment for Tourette Syndrome, only drugs used to treat other conditions currently the preferred treatments are the psychological treatments which are not easily available.

‘Tourettes Action are delighted to support this groundbreaking research.

‘We will continue to support the team at the University of Nottingham as this amazing treatment continues to evolve.’

The research has been published in the journal Current Biology.

Symptoms range from very mild to quite severe and the majority of cases also have other co-morbid conditions with significant impact on their lives.

Other motor tics may appear later, such as head jerking, neck stretching, foot stamping, or body twisting and bending.

It is not uncommon for a person with TS to continuously clear his or her throat, cough, sniff, grunt, yelp, bark, or shout.

A person with TS may touch other people excessively or repeat actions obsessively and unnecessarily.

A few patients with TS demonstrate self-harming behaviours such as lip and cheek biting and head banging.

Similarly, involuntary swearing (coprolalia) can occur in a subgroup of people with TS.

There’s no cure for TS and most children with tics don’t need treatment for them.

In some cases, treatment, usually available on the NHS, may be recommended to help control tics, which can involve behavioural therapy or medication.

Coronavirus live news: US gives WHO official notice of its withdrawal next year

Air filter can 'catch and kill' the coronavirus instantly at 392F

Coronavirus live news: US gives WHO official notice of its withdrawal...