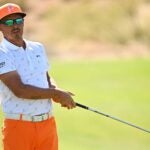 Check in every week for the unfiltered opinions of our writers and editors as they break down the hottest topics in the sport, and join the conversation by tweeting us @golf_com. This week, we discuss Rickie Fowler’s return, Phil Mickelson vs. the USGA and Dustin Johnson prospects as a Ryder Cup captain.

1. The CJ Cup represented the strongest field we’ve seen on Tour since the 2020-21 season-ending playoffs, and the talent showed — all but two of the players finished below par, and Rory McIlroy won with a blistering 25-under total. What storyline (besides Rickie Fowler, which we’ll get to below) most jumped out at you in Vegas?

Josh Sens, senior writer: Looks like Mr. Morikawa has put his back issues far behind him.

Michael Bamberger, senior writer: That par is 68 for a Tour player on any normal country-club course.

Nick Piastowski, senior editor (@nickpia): That rumors of Rory McIlroy’s demise are greatly exaggerated. A quote from him earlier in the week jumped out at me: “I think when I play my best, I’m the best player in the world.” Of course, it’s not that he would say he feels he’s the 50th-best. But McIlroy feeling fully confident makes him awfully tough to top.

James Colgan, assistant editor (@jamescolgan26): Jordan Spieth faded, but man, that confidence is SURGING heading into the new year. Could ‘22 be another glimpse at the Spieth of old?

2. Rickie Fowler, whose last win came in February 2019, was unable to capitalize on a two-stroke 54-lead at the CJ Cup, shooting a one-under 71 in the final round to finish three strokes behind winner Rory McIlroy. Still, the week was no doubt a positive sign for Fowler. What did you see in his game that has been lacking in recent years?

Sens: Avoiding the big card-wreckers. It probably helped that this was not exactly a torturous course that brutalized you for every miss. But Fowler fans had to be pleased about his performance, and also the way he talked so openly about his struggles. He’s a class act.

Bamberger: Here’s a far better scout than I: Rory McIlroy! Rory said in his victor’s press conference that Rickie played many, many good shots, and is close-close-close! So it’s all good! Happy new year, Rick!

Piastowski: That all of the adjustments he’s made over these past few years are starting to take hold. The one that jumps off the page is from the tee — for the week, Fowler ranked first in the field in both Strokes Gained: Off the Tee and SG: Tee to Green; last season on Tour, in those same categories, he finished 88th and 139th, respectively. Something is clicking. On a side note, this all does seem similar to what Fowler’s buddy Jordan went through, doesn’t it? Was this Fowler’s Waste Management Open moment?

Colgan: I agree, Nick. Rickie has always been rock-solid with the putter in his hands, but his growth as a ball-striker could be the key to breaking through.

Melton: I’ll be honest, I didn’t get to follow Rickie’s play as closely as I would’ve liked this weekend as I was out on Long Island covering the LET event — apologies for the ignorance! However, it was nice seeing Fowler’s name on the first page of a leaderboard once again. He’s one of the most willingly marketable players in the game, and he’s good for the game.

3. The USGA on Tuesday announced that tournament organizers will have the option to limit club length to 46 inches under a new local rule that will go into effect on Jan. 1. The rules modification — the current maximum allowable club length is 48 inches — will not affect most golfers but is an effort by the governing bodies to keep driving distances in check at the elite levels of the game. To that point, the PGA, European and LPGA Tours all said they would implement the new rule in their events. As expected, a few players, most notably Phil Mickelson, who used a 47.9-inch driver to win the PGA Championship in May, reacted to the news negatively. “‘Stupid is as stupid does.’ Mrs Gump,” Mickelson wrote on Twitter, continuing, “Really though, are the amateurs trying their best to govern the professional game the stupid ones? Or the professionals for letting them?” Where do you stand? Any issues with the new local rule?

Bamberger: The only issue is the biggest one: The USGA should never have let it get to this in the first place. The game has changed radically, through the lenient way the USGA has monitored the equipment with which we play. You can talk all day and into the night about the march of technology. I don’t think it’s made golf better.

Sens: Right. Fair to take aim at that historical laxness. But not at this latest decision, which was also made with input from a players committee, something Mickelson’s tweet ignores.

Piastowski: Good point, Michael! The frustration is that the USGA is being reactive instead of being proactive. Did no one think that a driver at 48 inches would go farther? My issue then is that I hope this doesn’t begin a cycle of ‘Player finds an advantage, player wins, governing body reacts, repeat.’ Let’s hope the governing bodies can get ahead of things going forward.

Colgan: The spitball was pretty unpopular when it was banned, too. Some decisions have to come at the expense of the players for the benefit of the sport, lest golf wind up in a similar quandary to the one facing baseball today. Scale back the tech, save the sport — seems like a fair tradeoff to me.

Melton: This seems like a cop-out move by the USGA. It won’t have much of a tangible effect with only 3 percent of players using a >46-inch driver (per their own stats), but now the Blue Blazers can point to it as an equipment “rollback” that is so obviously needed at the professional level. Driver length is the least of their worries.

4. The proposal to dial back the permitted club length was first announced in February of this year. Also announced then were potential updates on ball and driver testing. And it also discussed “research topics/areas of interest” — specifically, “the potential use of a Local Rule that would specify the use of clubs and/or balls intended to result in shorter hitting distances,” and “a review of the overall conformance specifications for both clubs and balls.” What further steps do you see golf’s governing bodies taking, if any?

Bamberger: I see the governing buddies huddling with lawyers and trying to identify ways they can make continue to govern, and make 7,000 yards meaningful again for Tour players, without being clobbered with lawsuits.

Sens: The ball. It’s gotta be the ball. Which does not mean Michael is wrong about the lawyers.

Piastowski: Josh is right. Seems like the ball is the next step. Make it a universal one, with exceptions for how a player likes to play. It takes the science away, yes. But how far can you bend the rules anyway without eventually running afoul of them? And this way, everyone can still manufacture too.

Melton: Bifurcation would be great to see. I have no problem with watching the pros reigned in a little bit and bringing a bit more finesse back to the sport.

5. Rory McIlroy said this week that he thinks that the days of players having truly dominant seasons — i.e., winning seven or more times — are over. The competition, McIlroy said, is simply too good. “People don’t realize that,” he said. “You turn up to a PGA Tour event, like a typical event where there’s 144, 156 players and you feel like three-quarters of the field have a chance to win. I think that just sort of illustrates how deep the fields are. And it’s tough to win, right?” Would you agree? Are Tour fields more stacked than ever?

Sens: I don’t know about more than ever. But stacked for sure. If only we had a time machine to see how Peak Tiger would do on today’s Tour. My guess is that my colleague Mr. Bamberger would argue that he would dominate in the same way.

Bamberger: Mr. Sens, you are a swami! Tiger would dominate, Big Jack, Trevino and Watson, Palmer, Hogan, etc. Winning again and again in a season, or over the course of a half-decade, isn’t only about superior talent, though that is the starting point. It’s about an obsessive need to dominate. Few have it, of course. Those who do aren’t going to walk away quietly into that good night.

Piastowski: I agree. Sort of. They’re more stacked now because this generation has followed the Tiger formula. It’s hard to separate if everyone’s doing basically the same thing. At some point, someone will find another way. Bryson’s already thinking this way. More are coming. To that point, I’m awfully curious what golf will look like in maybe 10 years, when all of the young newcomers to the game over the pandemic have been teeing it for a decade.

Colgan: It’s interesting to hear Rory posit that opinion, particularly given how frequently our sports discourse surrounds explaining why today’s best players are better than the great ones who came before — not comparatively similar. There has to be another truly dominant golfer between now and the end of time, but it’s my bet that we simply haven’t been introduced to them yet.

Melton: Fields are absolutely deeper than ever, but I agree with my compadres above who said Tiger would still dominate in today’s era. Greatness like that transcends generations.

6. At the CJ Cup, Dustin Johnson was asked if he’d be interested in captaining the U.S. Ryder Cup squad someday. “Yeah, I would love to do it one day,” he said. “Yeah, I think it would be fun. I think I would be a good captain. It’s something that I definitely would like to do at some point.” What kind of qualities would you imagine Capt. DJ would bring to the table?

Sens: I doubt there would be a lot of stress or worry. What he’d do with all the data and analytics, I can’t hazard to say.

Bamberger: Johnson’s genius as a golfer would serve him well as a captain. See ball, hit ball. See lineup card, fill out lineup card. All the rest is commentary. I doubt he’d bother with captain’s picks. Just take ‘em right off the list.

Colgan: I asked Dustin back in September what advice he’d give some of the youngsters on the Ryder Cup team in Wisconsin, given his status as the team’s most experienced player. He shrugged. “Probably nothing, honestly,” he said. “If they asked me, I’d help. But if they don’t, I’ll just keep my mouth shut.” I think there’s something to be learned from that about his leadership style. Hands off, to be sure, but maybe his teammates would like that.

Melton: Captain DJ would either be a smashing hit or an unmitigated disaster. It’d be quality entertainment either way.

UNESCO and Jamaica launch a partnership for developing a Science, Technology and Innovation system – EIN News

Huge squadron of manta rays is recorded off Indonesia

ALL New Yorkers should wear face masks in grocery stores, offices and other indoor public places

FDA set to allow sale of foreign baby formula in US, hoping it's the magic bullet to end shortage

How do you raise your first VC round or set your startup valuation? These Philly investors have some advice – Technical.ly