The need for businesses to adapt using tech has become more urgent than ever as the Covid-19 pandemic is changing the way people acquire services and products.

Vilhelm Bjermeland, founder and chief operating officer of IT and business consulting company Symprio, said that it’s time for more companies to future-proof their business with hyper-automation.

Bjermeland explained that AI has dramatically evolved over the last five to 10 years and is already making a massive impact in how organisations work.

“One example of hyper-automation are AI chatbots, which work 24/7, and can be used to respond to customers and integrated into internal applications.” Bjermeland says organisations are now shifting repetitive tasks to a virtual workforce as part of a strategic push in their business continuity plan. — Handout

According to RPA consultant Daniel O’Connor, RPA is about executing processes on a computer.

“RPA works by handling processes on a computer just like how a human would, for example, open or close apps, retrieve data or perform Excel operations. In essence, RPA helps to create a virtual workforce which is able to process transactions 24/7 with fewer errors than humans,” said O’Connor, adding that process-heavy industries like insurance companies and government bodies would benefit from adopting the RPA process.

Bjermeland said hyper-automation is already being utilised by some organisations in the battle against Covid-19.

“RPA is being used to collect data from small governments on a frequent basis to be able to provide near real-time visibility into the spread of the coronavirus,” he said.

“AI is being used to model the spread and chatbots are being employed to help answer questions from the public.”

More organisations are also quickly shifting repetitive tasks to a virtual workforce as part of a strategic push in their business continuity plan, Bjermeland added, saying there is a need for companies to reduce reliance on manual processes.

“We delivered an RPA chatbot from our Automation Centre in Malaysia within three weeks to a government agency in the United States focused on handling a surge in jobless claims,” he said.

“The average human processor handled about 250 claims a day whereas the chatbots could each process more than 1,000 per day.” 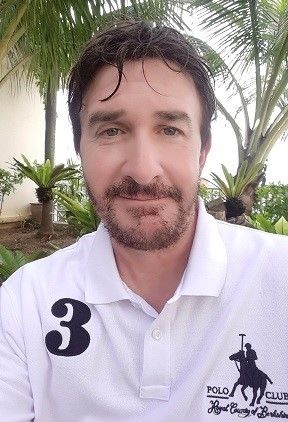 RPA can create a virtual workforce that is able to process transactions 24/7 with fewer errors than humans, says O’Connor. — Handout

Bjermeland said the biggest challenge for companies in Malaysia is the lack of understanding on how to implement the various technologies needed for hyper-automation.

“This is why we decided to start launching training classes to help people gain an insight into these technologies,” he said.

“They can be C-level executives to department heads or business analysts all the way to technical developers.”

He added that the Malaysian government recognised the need for businesses to adapt and prepare for Industry 4.0 – described as the next phase in the Industrial Revolution focusing on the process of AI automation, IoT and data exchange – by launching the Industry4WRD national policy in 2018.

Incentives include an Automation Capital Allowance of 200% on the first RM4mil expenditure incurred within five years for labour intensive industries.

Bjermeland said it’s important to have a good understanding of hyper-automation to implement it feasibly and avoid having unrealistic expectations.

“Hyper-automation is not a magic pill which will solve all existing problems. By explaining at a high-level how the technologies work and delving through a series of examples, I believe people will be better equipped to improve an existing process,” he said.

You can learn more about the technology from Bjermeland and O’Connor, as they will be speaking at the Hyper-Automation: Bringing AI + RPA Together online course via Cisco Webex, organised by the Star Media Group in partnership with Symprio.

Topics that will be covered include Introduction To RPA, The Future Of Work With Automation and Setting Up A Team For Hyper-automation.

Participants who have successfully registered and paid will receive a confirmation email from Eventbrite, followed by a calendar invite through Cisco Webex with the link to join the event.

Also, a free preview of the course is available on the site – watching it will give you a discount for the course.

The online course is part of the #digitalXdata2020 event series by SMG. For more information, contact events@thestar.com.my.

Ex-Uber employees are being surprised by big tax bills. They blame the ride-hailing company. – NBC News

If software architects’ soft skills fail, so does the business – TechTarget