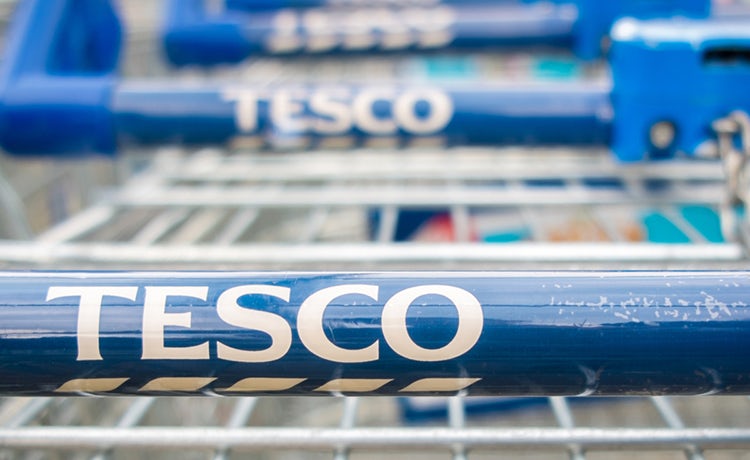 The competition regulator has told Tesco to stop illegally blocking rivals from buying its land or leasing land in nearby sites after an investigaton.

The Competition and Markets Authority found that Tesco has on 23 occasions blocked rivals from opening a store by using restrictive contracts. In three of the cases, Tesco had put in place covenants when selling land to stop rival supermarkets buying it. In 20 of the cases it was leasing the land but stipulated in contracts that landlords could not lease the same building or site to a rival for 20 years or more.

Companies are allowed to make such demands of landlords but only for up to five years.

The CMA’s executive director of markets and mergers, Andrea Gomes da Silva, says: “It’s unacceptable that Tesco had these unlawful restrictions in place for up to a decade.

“By making it harder for other supermarkets to open stores next to its branches, shoppers could have lost out.”

Tesco blames the cases on “administrative errors” that happened between 2010 and 2015, and says it has strengthened controls and training to avoid this happening in future. The issue came to light after the CMA found one such problem, with an investigation by Tesco itself uncovering the other 22.

The CMA has written to the other major supermarkets to ensure they are not engaging in similar practices.

Facebook’s founder Mark Zuckerberg has admitted the social network must accept some form of state regulation, acknowledging that in terms of providing content it falls somewhere between a newspaper and a telephone company.

Speaking at the Munich Security Conference, he tried to dispel notions including that Facebook had undermined democracy or spread public distrust of the West. According to The Guardian, he said he supported state regulation in four areas: elections, political discourse, privacy and data portability.

While, he admitted Facebook had been slow to understand the scale of the problems it faces, he claimed that it is working to over its challenges including by employing 35,000 staff to work on content monitoring and security.

The British Heart Foundation (BHF) is running a marketing campaign that aims to raise awareness of vascular dementia.

The campaign, called ‘Swear Jar’ and created by MullenLowe, shows a young boy – Billy – going to great lengths to get his family to swear by setting up a series of pranks around the house. The audience sees why when the youngster is shown visiting his grandad in a care home – to raise money for the charity.

The TV ad will be supported by a social media campaign that includes behind-the-scenes footage of Billy’s pranks, as well as content that shows the impact of vascular dementia. It will also run in cinema, video-on-demand and outdoor.

“Grandad in our campaign had two strokes and now sadly has vascular dementia – this story is unfortunately only too real and common,” says the BHF’s director of marketing and engagement Carolan Davidge.

“With this campaign, we are continuing to talk about the breadth of the BHF’s research and the fact many heart and circulatory conditions are connected. We want people to understand just how valuable the BHF’s research is and that it’s only with their support we can continue to make life saving breakthroughs.”

Broadband, TV and phone companies are being forced to tell customers when their contracts are coming to an end under new rules implemented by UK watchdog Ofcom that came into effect on Saturday (15 February).

The regulator estimates that around 20 million customers are out of contract, with many paying more than they need to. It estimates consumers could save £150 a year just on broadband if they knew of alternative deals.

Companies will have to text, email or write to their customers between 10 and 40 days before their contracts come to an end. The messaging will have to include the date their contracts can be terminated without a penalty; the price they have been paying; the price they will automatically pay after the contract ends; how much notice they need to give to cancel the contract; and the best alternative contract – including those offered to new customers.

Ofcom’s consumer group director Lindsey Fussell says: “Millions of people are out of contract right now and paying more than they need to. These new rules make it easier to grab a better deal.

“But you don’t need to wait to hear from your provider. Just a few minutes of your time could save you hundreds of pounds today.”

Shopping are continuing to pick healthier food and drink offerings despite January, the month when people typically focus on their health, ending more than two weeks ago.

According to Waitrose, sales of no and low alcohol wines, beers and spirits were up 102% in the first week of February compared to 2019, with beer the most popular as sales soared 209%.

Veganuary is also pushing into the month, with sales of vegan food up 13% year on year.

Five journalism podcasts to listen to while in lockdown – Journalism.co.uk

Internet Usage Up During Pandemic – NBC 5 Dallas-Fort Worth

Worst-case scenario for AAPL is iPhone 12 pushed into 2021; no launch in China – 9to5Mac

Being Visible on International Transgender Day of Visibility – Samsung Newsroom US

Trump Won the Internet. Democrats Are Scrambling to Take It Back. – The New York Times

Laughing in the face of lockdown: comedy videos to raise your spirits