Motorola is hiding a new flagship smartphone under its development says leaks, and this device is under the codename of “Frontier.” The upcoming project smartphone of the company will feature Qualcomm’s top chip now, alongside the many top specs rumors are currently circulating about the device.

The Frontier will soon rival flagships from Samsung, Apple, and more.

The last flagship from Motorola is the Edge+, released in 2020 and after that release, the company developed starting and mid-range devices. However, that changes in 2022 as a project called “Frontier” is now making noise in the reports and rumors circulating the matter for the smartphone’s soon arrival.

According to a German website called Technik News, the Chicago-based company is working on something new, which will be massive. The new device speculates a lot like the flagship smartphone of Motorola, under the codename “Frontier” that the company did not yet reveal to the public.

Nevertheless, the leak says it is to feature the 200MP sensor from Samsung and a top-of-the-line smartphone chip from Qualcomm, making it one promising tech as early as now.

Motorola’s Frontier: Specs and What to Expect 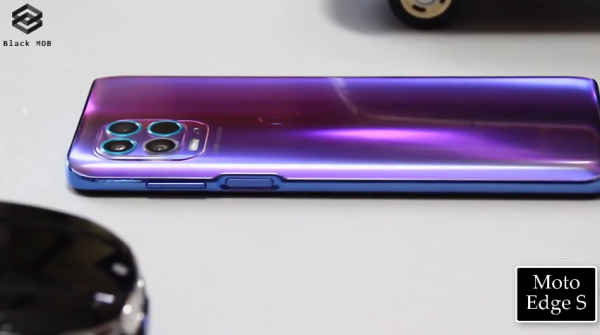 According to Android Central, Motorola made its name in the recent emergence of its smartphones to have promising specs and massive performance for a relatively more affordable price. The rates are compared with flagships from Apple, Samsung, Huawei, and more.

It could have a three or four rear camera lens setup, alongside an OLED Full HD Screen, 120+W of wired charging, and a massive battery. The device also rumors a 12GB memory.

Motorola is a part of the change to Android 11, and this only means that the company is growing to bring the latest operating system from Google for smartphones. However, it does not stop there as it would also get future releases from the company, aiming to bring its new devices for everyone to see.

A new Motorola Razr is also coming to feature a flip phone with touch screen capabilities, which rivals that of Samsung’s Galaxy Z Flip. However, that is not the only smartphone that Motorola faces for a rivalry in the market as speaking of flagships; there is still Apple’s iPhone 14, Samsung’s Galaxy S22, Xiaomi’s 12, and more.

The tech landscape of 2022 is growing, and it is a massive rival, despite the many new and promising devices available now. However, that does not put Motorola’s spirit down, especially as they are debuting a device that brings an absolute top-notch in terms of specs and performance in its current leak, soon revealing the Frontier.

This article is owned by Tech Times

ⓒ 2021 TECHTIMES.com All rights reserved. Do not reproduce without permission.