By Ben Harrington For The Mail On Sunday

One of Britain’s most exclusive golf clubs has found itself at the centre of an extraordinary City row involving American banking giant Goldman Sachs and a controversial German financier.

Chris Rollins, a top London-based Goldmans broker, was fired from the bank in 2017 over questionable trades connected to Lars Windhorst, a businessman who pleaded guilty to breach of trust in a German criminal investment fraud case in 2009.

Rollins, now chief executive of the London arm of investment firm BTIG, claims his bosses at Goldman Sachs – Michael Daffey and John Storey – encouraged him to carry out the trades, but they deny this. 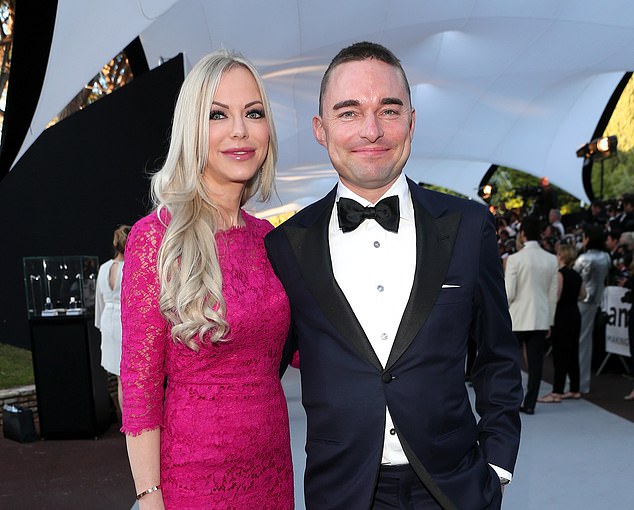 Now The Mail on Sunday has uncovered information which appears to link Windhorst, Daffey and Storey. This newspaper can reveal that all three are shareholders and members of the luxurious Beaverbrook golf club and hotel in the heart of the Surrey stock- broker belt.

Beaverbrook is one of the country’s most exclusive golf resorts. Other shareholders include tennis star Andy Murray and former player Tim Henman. Membership reportedly costs more than £100,000 a year.

The golf course, which was designed by American golfing legend Tom Watson, is in the grounds of Cherkley Court – a late Victorian neo-classical Grade II- listed mansion surrounded by 370 acres of land.

The house was built for Birmingham-based metal exporter Abraham Dixon. In 1911, it was bought by Maxwell Aitken, the Canadian businessman who went on to become Baron Beaverbrook.

Lord Beaverbrook, originally from Maple, Ontario, became a millionaire by the time he was 30 and later emigrated to Britain.

He became an MP in 1910 and served as Minister of Information in David Lloyd George’s government.

Beaverbrook bought the Daily Express newspaper and boosted its circulation to 2.25 million copies a day. He was appointed Minister of Aircraft Production during the Second World War.

While living at Cherkley Court Beaverbrook entertained lavishly. Guests included Winston Churchill – who is said to have had his own room – Prime Minister Harold Macmillan, poet Rudyard Kipling and writer HG Wells.

Today, shareholders in Beaverbrook include some of Britain’s wealthiest businessmen, such as hedge fund manager Greg Coffey; former Tory party treasurer and founder of CMC Markets Peter Cruddas; and Christopher Gibson-Smith, the former chairman of the London Stock Exchange.

After the death of Beaverbrook’s second wife, the property was passed to the Beaverbrook Foundation, a charitable organisation. By 2002, it had fallen into disrepair and underwent restoration. Then in 2010, it was sold to property developers for £20million.

A legal battle followed after local people – backed by the Campaign to Protect Rural England – argued that turning Cherkley Court into a luxury hotel and golf course would blight the chalk grassland habitat.

In a separate spat, Windhorst and Goldman Sachs created and sold $1.2billion (£918million) of bonds for EA Partners, a vehicle linked to Abu Dhabi-based airline Etihad. The bonds have since stopped paying interest to investors.

Stay with leaders in each sectors: Harsha Upadhyaya

It’s strong fundamentals that help companies survive a recession, and then thrive

How to stop the coronavirus from infecting your pension income