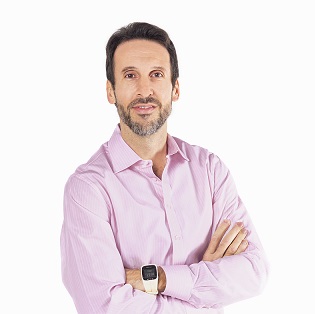 Bitcoin, the best-known cryptocurrency, has been performing well in recent months. After hitting in March a 2020 nadir of below US$5,000, the price is currently around US$13,000. An improvement, but still far below the all-time high of US$19,665 recorded in December 2017.

Among the biggest players in Latin America’s cryptocurrency exchange area is Mexico’s Bitso, which in February expanded in Argentina, a vibrant crypto market.

In the second of a two-part interview, BNamericas talks to Andrés Ondarra, Argentina country manager for Bitso, about rapid growth achieved in the country, why Argentines have embraced cryptocurrencies, and the significance of PayPal’s announcement that it would allow users, via their PayPal accounts, to buy and sell Bitcoin and other virtual currencies and to next year use their cryptocurrency holdings as a funding source to pay at PayPal’s 26mn merchants.

BNamericas: In Argentina, Bitso already has more than a 50% market share in terms of Bitcoin purchases and sales volume. What’s your recipe for success?

Ondarra: In recent years, Bitso has demonstrated that it’s necessary to give great importance to understanding how to identify the failures or needs of the market. Bitso managed to anticipate the strong attention that cryptocurrencies would receive in Latin America.

Likewise, the focus that Bitso has as a company is significant: it seeks to provide a pleasant consumer experience when synthesizing operations with cryptocurrencies, with the particularity of offering products that meet different needs.

This focus on the user is also reflected in the intention of providing more and more alternatives so that the service can be employed by as many people as possible, even when they don’t even have a bank account, as is the case of withdrawals to cellphones through mobile payment service Bitso Transfer.

In addition, since its founding in 2014, Bitso has evolved to become more and more attractive by adding a diverse cryptocurrency offer, by incorporating APIs to the platform and, above all, by creating Bitso Alpha, the regulated trading platform that gives you access to global cryptocurrency trading markets and allows you to conduct a technical analysis in an intuitive way. This tool is distinguished by having been designed thinking exclusively of all those people who use crypto as a trading instrument and who need appropriate technological resources to be able to make efficient decisions.

Bitso Alpha, in addition to being a powerful platform with improvements in trading, has a friendly design for all those who want to venture into the world of trading and start investing and analyzing data.

Likewise, another product that stands out within Bitso’s offer is its app, which seeks to promote the use of money and cryptocurrencies in purchases and payments. It’s a simple platform to buy, sell and use cryptocurrencies in daily life. It’s characterized by its ease of use and its intuitive interface: digital currencies can be sent quickly by scanning QR codes or via a cellphone number or email, in addition to other benefits such as instantaneousness, the possibility of operating 24/7, control and asset security, among others.

READ  Indian Takes a Step in the Right Direction with Crypto-learning - fingerlakes1.com

In short, Bitso has simplified the way of trading cryptocurrencies in general and trading in particular, while providing access to global markets with local currency and acting as a bridge to the new digital economy.

BNamericas: Argentina has one of the most important crypto communities in the world. Why do you think this is the case?

Ondarra: At a local level, this ecosystem is one of the most developed in the region. It has 55 companies and grew 10% from 2018 to 2019, according to the results of the Latin American Bitcoin & Blockchain Conference [LaBITconf]. And it’s already estimated that the national community of BTC [Bitcoin] users exceeds 400,000. According to Forbes, Buenos Aires has the second largest virtual currency ecosystem in the world. For its part, the Statista consulting firm placed Argentina in fourth position in its latest ranking of countries with the largest holders of cryptocurrency.

Latin America happens to be one of the most fertile regions for cryptocurrencies, and many experts and industry figures agree on this. Andreas Antonopoulos, for example, one of the most important advocates of Bitcoin within the sector, stated in an interview that Bitcoin was a very “suitable” asset for the region. He also affirmed that the main cryptocurrency on the market was the “perfect solution” to the entire bureaucratic system that has been established in the area and that has led to high inflation rates that are affecting people’s own finances.

So, in keeping with Antonopoulos, we believe that Argentina stands out for its crypto community due to various interconnected factors, linked to shortcomings of the traditional banking system and macroeconomic policies, which historically have produced regular cycles of devaluation of the local currency and restrictions on the possibility of opting for other alternatives, even with forced processes of impeding access to savings or changing the situation of an individual’s assets, and not only because of the pretense of being protected by dollars, but also because other alternatives offer little return and a lot of tax burden.

Finally, cryptocurrencies are a solid option because they’re digital assets, and therefore they provide greater security as they’re not physical assets contained in safes or vaults. They can be transferred, transacted and diversified more easily, which gives, in addition to ease of operation, greater control over personal finances, and they allow one to acquire global assets directly with pesos from bank accounts, without the need to violate any legal restriction.

BNamericas: Have you noticed any trends during the pandemic in terms of purchases and sales of crypto assets in Argentina, etc? And if so, do you think they are permanent changes?

Ondarra: Bitso landed in Argentina in mid-February. Today, we have an average 60% share of the local market – we reached 67% during September. And between Argentina and Mexico we already far exceed 1mn users.

In this sense, the degree of acceleration of this development grows steadily: since we reached 1mn in July, to date, we have registered more than 200,000 new users.

It should be noted that, beyond macroeconomic issues, Bitso stands out for the ease with which our products can be accessed and used, as well as how intuitive both the Bitso Alpha app and platform are, along with the global scope of our services.

Perhaps for these reasons, our users prefer diverse portfolios, such as BTC/ARS [Argentine peso] and [cryptocurrency] DAI/ARS, above all. This illustrates the maturity of the Argentine crypto ecosystem, since, despite the enormous growth stablecoins have experienced – in the specific case of DAI, according to our records, operations increased 7,058% between February and August 10, 2020 – users choose a variety of portfolios, which shows their knowledge of the importance of diversification and the particularities of different cryptocurrencies.

Thus, if we had to highlight a trend, it would be, above all, the continuous growth in adoption of cryptocurrencies, and an increasing interest in them in society in general, where the adoption of stablecoins stands out. These are cryptocurrencies that have a fixed reference value, anchored, for example, to the dollar, as in the case of DAI, where the ratio is 1:1. Then there are stable cryptocurrencies anchored to the value of different goods, such as a barrel of oil, to give just one example.

The growing adoption of stablecoins coincides with research known as the Global Cryptoasset Benchmarking Study from Cambridge, which suggests that the various service providers – entities dedicated to payments, custody or operations services – today consider stablecoins as one of the most important assets in the world. Likewise, it’s worth highlighting the leveraging in blockchain developments – technology supported by principles such as transparency, efficiency and increasingly sophisticated decentralization – such as digital wallets.

So, given the benefits that this technology offers over fiat money, it’s feasible to foresee the irreversibility of the aforementioned patterns. And we’re still far from even seeing the true potential of cryptocurrencies.

BNamericas: What do you think about PayPal’s announcement regarding its incorporation into the crypto ecosystem?

Ondarra: At Bitso we believe that the incorporation into the crypto ecosystem of players of the magnitude of PayPal is very good news, since it can have a positive impact on the adoption rates – particularly of Bitcoin – and could give greater maturity to the community, especially when it comes to education and perhaps regulations.

However, this announcement by PayPal doesn’t take us by surprise given that it’s one more example of the trend of massive adoption of cryptocurrencies that we’re seeing globally. Specifically, there were already several options for this service announced by PayPal, such as those offered by Square Inc and Robinhood Markets Inc. Even at Bitso we offer a similar service through our Bitso Transfer functionality, which is used to send and receive payments in crypto for free.

The peculiarity of the PayPal announcement is that, on the one hand, it focuses on Bitcoin (in addition to Ethereum, Bitcoin Cash and Litecoin) and, on the other, it doesn’t offer the option of trading, since, according to the official statement, you will be able to send and receive fiat money, not cryptocurrencies. Likewise, only those who have an account in the US may use the service.

BNamericas : Finally, do you have any Bitso growth estimates or forecasts for 2021, or can you talk a bit about plans for 2021?

Ondarra: We’re establishing the next expansion steps in other Latin American markets. We’ll develop more products with more alternatives for using cryptocurrencies on our platforms; we’ll continue to improve the experience of our users with a focus on emphasizing the understanding of the benefits and the way to access to our products, the security and transparency of our users’ operations on our platform.

Likewise, we’ll continue to promote financial inclusion, education about the benefits of savings and investment. We’ll also, of course, continue to expand our presence in Argentina, where we’ll hire more talent and promote the association of our brand with greater and better benefits for our clients.

Ripple is selling 33% of its ownership in MoneyGram – Nairametrics

A Bumpy Road For Bitcoin As It Heads For Record Territory, As Square Lit A Fuse – Seeking Alpha

$385 million worth of Bitcoin moved by unknown identity – Nairametrics

What happens to your Bitcoin when you die? – Cointelegraph