There are lots of stocks in my portfolio, and while some may be shorter-term holdings, others have been in it for many years and are likely to remain in it a decade or two from now. What are the characteristics of companies like that? Well, they’re respected giants in their respective arenas, and they have promising futures.

Here are three stocks that I have no foreseeable plans to sell: Costco (NASDAQ:COST), Microsoft (NASDAQ:MSFT), and PayPal (NASDAQ:PYPL). 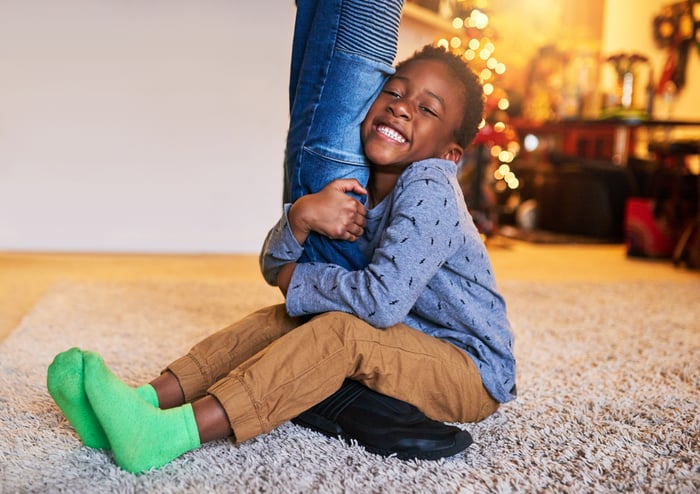 Shares of Costco recently made up about 5% of my overall portfolio — and I can’t imagine selling them until I’m well into retirement and I need cash to live on. I can’t recall precisely when I bought them, but perhaps it was around 15 years ago, in which case I’m sitting on a roughly 10-fold gain — an average annual growth rate of about 16.8% (with dividends reinvested).

The leader in warehouse discount retailing has earned high marks over time not just for what it offers to customers, but also for how well it treats its employees, its diversity, its culture, and the quality of its CEO. It’s also known for its markup cap: Costco prices its items no more than 14% to 15% above cost, which serves its customers well. It serves its employees well, too, by paying more than its rivals, as is made clear in the table below.

The higher outlays on wages are actually a positive for the company, as they help keep employee turnover low, which keeps its operational costs lower.

The retailer’s overall strategy has led to successful operations and growth, which serves shareholders well. So does Costco’s dividend. At recent share prices, it yielded just 0.77%, but the company has increased its payout by an average of 11.8% annually over the past five years. And in December, it’s distributing a special dividend of $10 per share.

Microsoft is another major holding in my portfolio, and another that I can’t date precisely without digging through lots of old files. I probably bought my shares 15 to 20 years ago, which means I’ve gained something like 1,050% to 1,450%, with dividends reinvested.

I can see no reason to sell Microsoft, even if it were to seem overvalued at some point, because over my investing time horizon of many years (or even decades), the company will eventually grow into and beyond any overvaluation. This tech stalwart has a lot going for it, and I’m comfortably optimistic about its long-term prospects. For one thing, Windows remains the world’s dominant computer operating system, and its Office productivity software suite is still widely used. And by offering Office 365 as a subscription product, the company generates a lot of reliable, regular income.

Microsoft also sports a popular video game platform in its Xbox, and a leading cloud computing business in Azure. Both LinkedIn and Skype belong to Microsoft, and the company also offers devices such as Surface tablets. Its Bing search engine, meanwhile, generates advertising revenue. This kind of diversification means that if one segment stalls or pulls back, another might be able to compensate. And its history makes it clear that this company is both willing to attempt to build big new businesses and capable of succeeding in those efforts.

Microsoft sports a market cap of about $1.7 trillion, but I can easily see it growing well beyond that. Its dividend at recent share prices yielded just 1%, but the payout has been growing at an average annual rate of about 9.2% over the past five years. (The most recent increase was 9.8%, and the year before, 10.9%.)

PayPal, too, is likely to sit in my portfolio for decades, and could become even more dominant within it. You’re certainly familiar with its main digital payment platform, and you may even be one of the more than 320 million people who actively use it. But there’s more to the company than that. Among other things, it also owns Venmo — the peer-to-peer payment system that’s been growing briskly in recent years. It has even branched out into the buy-now-pay-later business. Its “Pay in 4” service allows consumers to purchase items priced between $30 and $600, and pay for them in four interest-free installments. PayPal’s talent for getting in on (or developing) the “next big thing” in payments has me optimistic about its future.

In the meantime, as of its last reported quarter, it boasted 361 million active accounts (up 22% year over year), 4 billion payment transactions totaling $247 billion (up 38%), and 40 transactions per active account. It also had about 28 million active merchant accounts. In November, PayPal announced that it would be facilitating the buying and selling of several major cryptocurrencies — bitcoin, Ethereum, Bitcoin Cash, and Litecoin — on PayPal.com.

PayPal doesn’t pay a dividend at this point, but that’s OK by me, as the company is still growing briskly and can create more value by reinvesting its profits instead of disbursing them to shareholders.

Consider any or all of these growing stocks for your own portfolio — and you may find that you, too, will never want to sell them. Letter: Medicare for All is our best solution – Chico Enterprise-Record